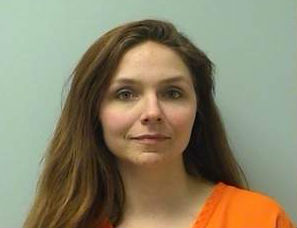 A Merrill woman convicted in an attempted murder for hire scheme to kill her boyfriend will spend the next three-and-a-half years in prison. Jessica Anne Strom broke down in court Tuesday when she heard her sentence from judge Neil Neilson III. “Oh my God,” Strom gasped.

Strom, 33, was accused of offering money and sex to a former classmate to kill attorney John Schellpfeffer. Schellpfeffer practices law in Merrill and Wausau, so special prosecutor Ralph Uttke from Langlade County was brought in to handle the case.

Both sides in court brought the relationship between Strom and Schellpfeffer into play as the two entered statements to the court asking for leniency in the case. The court heard testimony about the dysfunction between the two, and Judge Neilson said he’d hoped to keep that out of the spotlight.

“This isn’t divorce court, we’re here because Miss Strom was convicted of soliciting Mr. Schellpeffer’s death.” He noted that the two showed an extremely toxic relationship and called for a complete no-contact order between the two while Strom was in the prison system. In addition to the jail time, Strom will spend four years on extended supervision. Strom and her attorney will have twenty days to file an appeal.