You are here: Home / News / Kind and Kurtz on ISIS crisis 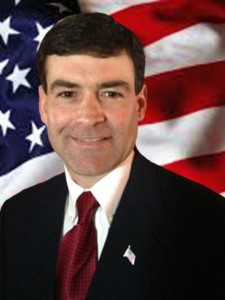 Candidates for Congress in western Wisconsin are weighing in, on the Iraq situation. Third District congressman Ron Kind said Tuesday that the U.S. has limited options to deal with the ISIS insurgency.

“I don’t expect, nor would I support the president introducing any military ground troops in order to deal with ISIS,” Kind told WAYY. “This is the classic Sunni-Shia split that’s been in existence for the millennium, and only the people in Iraq are going to be able to decide this for themselves. Kind said ISIS is Sunni-based and will “run into a wall of Shia resistance” as it approaches Bagdhad.

Kind’s Republican opponent is Tony Kurtz, an Iraq War veteran. “I like the air strikes. I think we actually should do more of those,” Kurtz said. “And I’m not going to rule out boots on the ground. We need to have a conversation about instead of automatically ruling it out.”

Kurtz said the crisis is the result of a lack of U.S. foreign policy and a perception that President Barack Obama is viewed as weak.