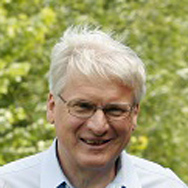 Republican state Senator Glenn Grothman has had his primary win for Wisconsin’s 6th Congressional District confirmed – fellow GOP state Senator Joe Leibham will not seek a recount. “After a review of the official election results and prayerful consideration with my family, I have decided not to seek a recount in the 6th Congressional District election,” said a statement from Leibham. “I have contacted Senator Glenn Grothman, informed him of my decision and wished him well.”

The decision from Leibham comes in the wake of completed canvassing of last week’s primary ballots. Results posted by the state Government Accountability Board show Grothman winning the four-way primary to succeed retiring U.S. Representative Tom Petri by 219 votes over Leibham.

Grothman said Thursday that the canvass of the 11-county vote showed that a recount would not be needed. “Recounts do not switch 219 votes in an election of this size,” he told KFIZ. The gap between the candidates is about one-third of one percent; the smallest margin in a Wisconsin congressional race since 1970.

“I am grateful that Senator Leibham has chosen not to seek a recount in this race and I wish him well in his future endeavors,” said a statement from Grothman.”I look forward to a great campaign over the coming weeks as the official Republican nominee.”