You are here: Home / Packers / Nelson sidelined by hamstring injury 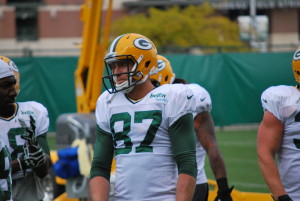