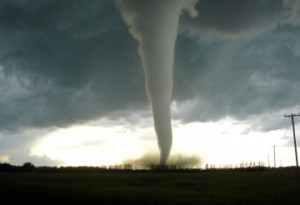 The National Weather Service now says a tornado landed in the Fox Valley earlier this week.

Officials say a weak twister came down late Monday afternoon about two miles southeast of Medina in Winnebago County. Two utility poles were pushed over, and there was no damage reported to any buildings.

Wisconsin has had plenty of hailstorms and downpours in recent weeks — but the Weather Service says the cool summer has kept tornadoes to a minimum. Meteorologist Jeff Last of the Weather Service in Green Bay says his office has issued only about half the average numbers of warnings this season.