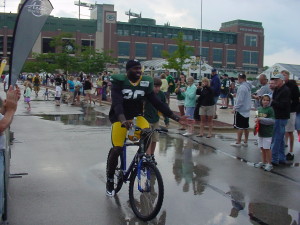 Lyerla suffered tears in his MCL and PCL while attempting to hurdle a player during a Packers’ training camp practice earlier this month.

If the Packers want Lyerla back, they could also reach an injury settlement and sign him to their practice squad later this season once he’s recovered from his injuries.

The Packers were happy with Lyerla’s blocking and could experiment with him at fullback when he returns.

Former Packers safety Nick Collins announced his retirement on Tuesday night via Twitter.  He has been out of football since 2011 when he suffered a neck injury in a game against Carolina.

Collins played in seven seasons for the Packers, collecting 21 interceptions.  He added a pick-six against the Pittsburgh Steelers in the Packers Super Bowl XLV  victory.