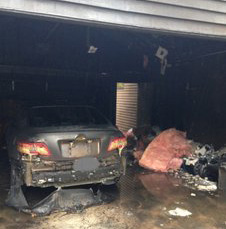 Police believe someone intentionally started a garage fire in Appleton, and six vehicle fires in the city and town of Menasha.

Appleton Sgt. Dave Lund says they think all of the arson fires happened early last Saturday morning, in an area between the Fox River and Valley Road. He says they’re not sure how many people were involved. He says they’re using video from traffic cameras and surveillance cameras at businesses, to try to identify potential suspects.

The garage fire caused some damage to the attached house.

Lund says one vehicle was destroyed, and another has significant damage. He says some of the vehicle owners didn’t notice anything was wrong until Sunday or Monday.