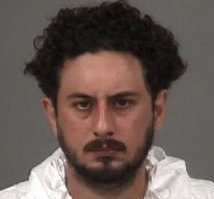 New details in the case of a Beloit man accused of killing his father and turning himself into police.According to a criminal complaint, 30-year-old Peter Hemmy told police that he was upset Monday because his father Bruce told him that they were selling their house and that he would need to find somewhere else to live.Hemmy showed up at the Beloit Police station just before 2:00 a.m. Monday and told police that he had just killed his father with a hammer, and that his mother and brother will still asleep in the home. When officers arrived at the home, they found Bruce Hemmy was already dead.Peter Hemmy told police that he turned himself in because he regretted what he did and had nowhere else to go.Hemmy’s preliminary hearing is scheduled for September 16th.