You are here: Home / Crime / Courts / Police search for vandals who killed pheasants 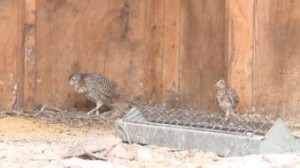 Investigators in Richland County are working to find who is responsible for the deaths of several pheasants that were being raised as part of a student project at Richland Center High School.

Police say someone broke into sheds behind the school earlier this week, killing 39 of the birds and releasing 70 others. Only about 40 are left from the school project, which had students raising the birds since birth with plans to release them this fall.

There were no surveillance cameras watching the pheasant pen. Anyone with information is asked to call police.