You are here: Home / News / President Obama to speak in Milwaukee on Labor Day 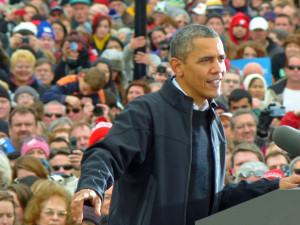 For the third time in seven years, President Obama will visit Milwaukee on Labor Day. He’s expected to speak at the city’s Laborfest on Monday, although the White House has not released any details.

The Milwaukee Journal Sentinel says the visit was confirmed by a spokesman in Milwaukee Mayor Tom Barret’s office. The White House has not yet released any details about the visit.

Obama spoke to about 7,000 people at the 2010 Laborfest. He also attended the event in 2008, during his first campaign for the presidency.

Obama’s last Wisconsin appearance was in January, when he spoke about job training at a GE plant in Waukesha.