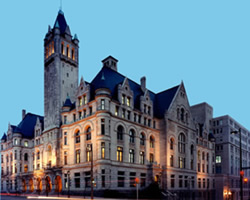 Several minorities, who are former bar owners in Racine, have re-filed a federal civil rights lawsuit in Milwaukee. The suit accuses city officials and local Tavern League of violating their civil rights by conspiring to run them out of business.

Based on a ruling weeks ago by a federal judge who dismissed their initial filing, which cited deficiencies and lack of specifics, the new lawsuit sharpens accusations that allege white tavern owners in the city got preferential treatment with the administration of Mayor John Dickert. Specifically stated are bribes to the mayor, and campaign donations the lawsuit alleges were reported as personal loans to his campaign. The bar owners argue it was all part of a plot to drive their businesses out of the city.

The city attorney’s office continues to deny the allegations are true and plans to once again move to dismiss the complaint. Those named in the lawsuit have about three weeks to file a response.