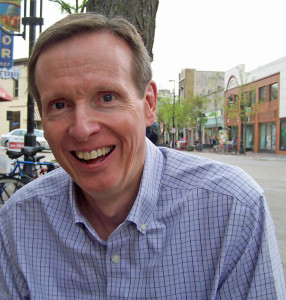 A new report shows legislative candidates raised nearly $4 million for the first half of this year.

“Yeah, you know, every election it seems like there’s so much money washing over the political landscape that it just doesn’t seem possible that these big donors could dig yet any deeper into the well,” but he says, “the well seems to be bottomless.”

McCabe says some of the top fundraisers are for open seats in districts that don’t sway overwhelmingly to a particular political party. “So when you look at the candidates who are raising the most, they tend to be people who are running for these open seats without an incumbent there running for reelection and they are districts that can, conceivably at least, go either way. Either party can control them.”

Most of that money is going to incumbents.

Candidates already in office hold an $8 to $1 cash advantage over their challengers, according to the new report. “So when it comes election time they get to do almost all the advertising; they do most of the talking; their messages get out to voters. Their challengers are barely heard from.” McCabe continues, “It’s that sort of unlevel playing field that ends up putting them in a real commanding position.”

McCabe says it’s a real challenge for an unknown politician to unseat an incumbent because of the relative ease at which a well-known office-holder can raise campaign cash. McCabe says this is the reason why current lawmakers are able to get re-elected even when the public is, he says, pretty disgusted with their performance.

“You know, the public approval ratings of Congress are basically in the toilet and approval ratings of state legislatures aren’t much better and yet the incumbent reelection rate is really high. Well, you get an idea why when you look at the campaign fundraising reports.”

Overall, McCabe says Republicans have a substantial cash advantage over Democrats simply because there are more of them currently in office and, he notes, big donors funnel money to those who are in a position of power. The 136 GOP candidates raised about $2.3 million. That’s about 35 percent more than the $1.7 million raised by 105 Democratic candidates. GOP controls both houses of legislature right now and the governor’s office.

McCabe says the record amount of cash is particularly notable because the legislative candidates are competing with gubernatorial candidates and four other statewide constitutional offices for campaign cash, yet, he says, the “money well” seems to be bottomless.

The Democracy Campaign analysis covers fundraising by the four legislative campaign committees and candidates for 99 Assembly and 17 Senate seats up for election this fall.