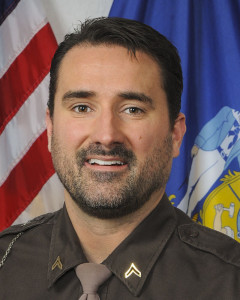 The motive of the double homicide last Friday in Fitchburg, reportedly at the hands of a former Dane County Deputy, remains a mystery.

Andy Steele, who retired from the department in June after being diagnosed with ALS, is accused of fatally shooting his 39-year-old wife Ashlee Steele and her sister, 38-year-old Kacee Tollefsbol of Minnesota. Kacee called 911 after being shot, and managed to tell authorities that Andy shot her and her sister before succumbing to her injures.

Steele remains hospitalized in Milwaukee with non-life threatening injuries. First degree murder charges are expected to be filed against him this week.