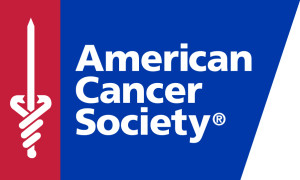 The American Cancer Society is calling on Wisconsin lawmakers to make a number of improvements it argues would help with efforts to combat the disease.

The ACS has released its annual report on state policies that deal with cancer-prevention and treatment efforts. It finds Wisconsin failing to meet recommended benchmarks in nine of the 12 areas the group examines, which include funding for screening programs, along with access to Medicaid programs and palliative care. The grades are based on a red-yellow-green scale, with green indicating a state meets or exceeds benchmarks. Wisconsin earned a green in three areas for its high tobacco tax rate of $2.52 per pack of cigarettes, its statewide indoor smoking ban, and for having an effective pain management policy for cancer patients.

While the state earned a “red” designation in five categories, Sara Sahli with the ACS Cancer Action Network singled out two areas in particular they believe the state needs to focus on for improvement; tobacco prevention and control funding and state-mandated Physical Education requirements for youth.

Sahli says the state needs to dramatically increase the funding it provides for tobacco control and prevention efforts. While the Centers for Disease Control recommends Wisconsin spend $57 million a year on those efforts, the state currently only provides about $5.2 million in funding. She says that’s down 66 percent since 2009.

As for P.E. classes, Sahli says they want the state to require 30 minutes a day of physical education for elementary students and 45 minutes daily for middle and high school students. Currently, the state only requires three days a week and sets no minimum time requirement.

Nationally, no states met all 12 of the benchmarks the organization measured.