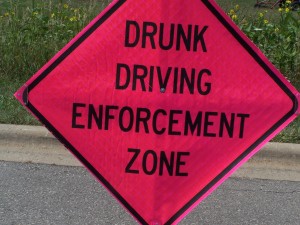 As summer winds down and we head towards Labor Day, police officers around the state are kicking off a new enforcement effort aimed at keeping impaired drivers off Wisconsin roads.

Dave Pabst with the state Bureau of Transportation Safety says the “Drive Sober or Get Pulled Over” campaign will involve nearly 400 law enforcement agencies around the state. During the effort, which starts today and will run through Labor Day, officers will be working to combat drunken driving and educated the public about the dangers of getting behind the wheel while impaired.

The state has seen crashes involving alcohol decline in the past decade, but Pabst says far too many drivers are still getting behind the wheel after drinking. He says tools are available to help people determine whether or not they should be driving, such as a mobile app from the Department of Transportation that can help people assess whether they have had too much to drink. Still, Pabst says the best thing to do is to designate a sober driver in advance or find a safe ride home.

In addition to increased enforcement efforts, the DOT is running a new federally-funded radio and TV ad campaign. The TV spots feature the “Mad Rollin’ Dolls,” a roller derby team from Madison.