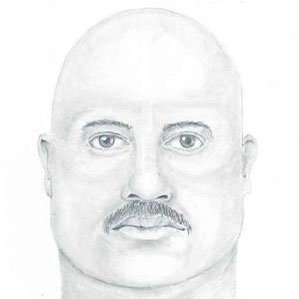 The Waupaca County Sheriff’s Department has released a sketch of a man alleged to have attempted a kidnapping and sexual assault near Clintonville.

Just before 10:00 p.m. Tuesday the sheriff’s office received a report that a man in a pick-up had pulled an 18-year-old into his truck and attempted to assault her on County Highway O in the Township of Larrabee, southwest of Clintonville. Once the woman was in the truck the driver turned and headed the other way. He then pulled over and began to assault the woman, who was able to kick and bite the man, and then fled the truck on foot into a cornfield. From there she was able to get back to the house that she came from.

The suspect is described as a white male in his late 30’s or early 40’s, about 300 pounds, balding, with a mustache, a speech problem, and chews tobacco. The sketch of the suspect  is available on the Waupaca County Sheriff’s Department Facebook page.