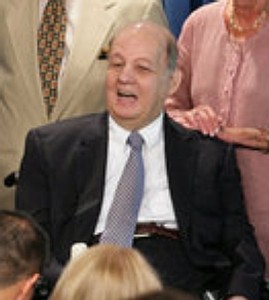 The press secretary to President Ronald Reagan was nearly killed and permanently disabled after being shot in the head during an assassination attempt on Reagan in 1981. Jim Brady has been an ardent supporter of gun control ever since.

Hancock is a clergy member at First Congregational Church of Christ and former law enforcement official. He points to Brady’s ability to ignite bipartisan discussions on gun violence. “One of the real things that we’ll miss out James Brady was the bipartisan approach that the Brady Center offered to gun violence.” 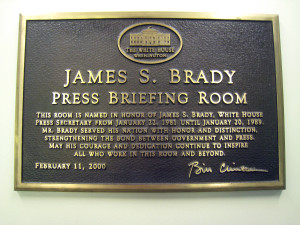 Hancock touts Brady’s “enormous influence” on public policy involving gun control, specifically background checks. The Brady Handgun Violence Prevention Act was signed into law in 1993 — six years after it was first introduced in Congress. Brady was presented the Presidential Medal of Freedom in 1996 by President Bill Clinton. In 2000, the White House briefing room was named in Brady’s honor.

Brady died on Monday at the age of 73.