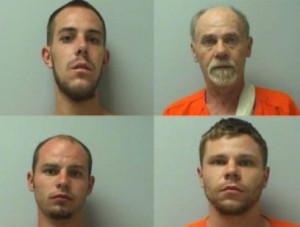 In exchange for guilty pleas, charges of maintaining a drug trafficking place were dropped against both Gerald Gould, 56, and his son Jeremy Gould, 22. The father was sentenced to 90 days in jail as a repeat offender for marijuana possession. The son was sentenced to 60 days.

Two other sons are also involved in the case. 27-year-old Jerrod Gould had his court appearance delayed until next month. Police started a drug investigation after another son, Jacob Gould, 25, was involved in a heroin case involving a 19-year-old woman who was found in the parking lot of Ministry-St Claire’s Hospital.