You are here: Home / Health / Medicine / Concerns on potential for Ebola in U.S. 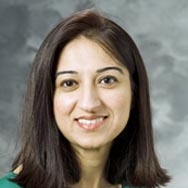 Where will Ebola fly to? It could be the U.S. Dr. Nasia Safdar, Director of Infection Control at UW Hospital, said that much depends on efforts to contain this worst-ever outbreak in West Africa. “I do think that eventually it will arrive here, but the timing of when that might depends entirely on how quickly things can be contained – or not – over there,” she said.

Safdar said that while the outbreak hasn’t yet spread beyond the initial countries that saw cases, the number of new cases also doesn’t seem to be declining. She says U.S. health care workers should be concerned.

“I think it’s huge,” she said. “It’s something that most people here don’t really have any experience with, and given how there are antiobiotics available for every other thing, we’ve become a bit, I think, cavalier in our approach.”

Safdar said wearing the appropriate protective equipment – as well as taking it off carefully – will be the most important consideration when caring for confirmed or suspected Ebola patients.