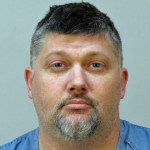 A big marijuana bust in the Madison area. Members of Dane County’s narcotics task force and agents with the DEA and DCI executed search warrants at several properties in Madison and Sun Prairie, and seized 1,124 marijuana plants, along with a loaded 12-gauge pump-action shotgun, and assorted drug paraphernalia.

“This is one of the largest marijuana grows ever found in Dane County,” said Sheriff’s Department spokeswoman Elise Shaffer. The plans seized had a total value of more than one million dollars. Police arrested 44 year-old Donald Alston of Madison, who owns all the properties. Shaffer said there’s a potential for others to be charged as well. The investigation began in July after a tip was received.