You are here: Home / Education / Lawmakers talk with northern Wisconsinites about school funding 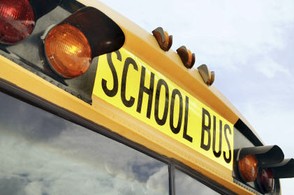 Two state legislators head to the Northwoods to hold a public forum on school funding.

State Senator Dale Schultz (R-Richland Center) and Representative Mandy Wright (D-Wausau) will be in Rhinelander Thursday evening to discuss the impact of current and possible future funding on rural schools.

Wright says a proposal to greatly expand the school voucher program could put more pressure on public schools. “$420 million of public funds are going to private schools in this budget alone, and then we are talking about taking the caps off. If we take the caps off, the projected cost is a billion dollars. We would be subsidizing the education of every single private student across the state of Wisconsin.”

Wright says if the proposal is signed into law that money will put more local pressure on public schools. “That comes at a price tag of $1 billion. We simply won’t have the money to address the funding deficits for our rural schools.”

Speaker Robin Vos put together a task force earlier this year, lead by Representative Rob Swearingen of Rhinelander, that met around the state to hear of concerns from rural schools. Democrat Wright says Republican Vos is one of the proponents of the expanded voucher program.

Public schools provide 83 percent of Wisconsin students with an education, and nearly half of them are on free or reduced lunch programs.

The forum is co-sponsored by the League of Women Voters of the Northwoods. It is from 7:00 until 9:00 p.m. Thursday, September 11th at James Williams Middle School Auditorium.