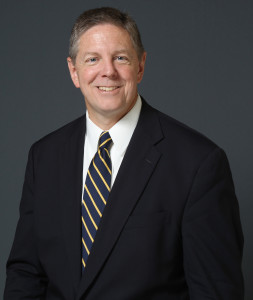 Scholl has been at Ball State since 2012, during which eight programs have reached the postseason and 13 teams placed either first or second in the Mid-American Conference.  Ball State has boasted four All-Americans in each of his two eyars and the Cardinals placed 54 student-athletes on all-conference teams in 2013-14, a 14.9% increase over Scholl’s first year and a 54.3 % increase over the year before his arrival.

Prior to his term at Ball State, Scholl served 23 years at Notre Dame, where he finished as deputy athletics director.  He was responsible for administration of men’s basketball, football, baseball and men’s soccer, as well as fundraising and donor relations, budgeting and growing external revenue.  Scholl collaborated with the university’s advancement office to lead the athletics department in an $84 million athletics fundraising initiative for the Spirit of Notre Dame campaign.