You are here: Home / News / Microsoft hopes to build on Minecraft success 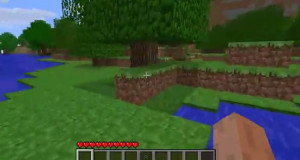 Ask any school-aged boy about Minecraft, and chances are they will rattle off a long list of experiences with the game. Since its debut in 2009, more than 50 million copies of the video game have been sold. It remains wildly popular on computers and consoles, while also generating merchandise, YouTube videos, and fan communities around the world.

That popularity, says Madison College marketing professor Steve Noll, is likely why Microsoft viewed the company behind the game as an easy purchase. Microsoft on Monday agreed to buy Mojang AB for $2.5 billion. Noll says it’s a “mind boggling” amount of money to pay for a game that’s already been out for five years and many are right to question “how many years do they have left in its lifecycle? Is this a game people are still going to be playing in 20 years, or is it more of a fad that’s time has come and gone?”

Noll sees the appeal though, due to Minecraft’s similarity to a physical product that has been popular for decades…LEGO bricks. He points to the wild success of the LEGO Movie earlier this year, which could hint at the massive merchandising appeal of Minecraft, along with the potential for movies or TV shows.

However, he cautions that the fortunes of Minecraft can easily turn in the other direction. He points to Angry Birds, the popular mobile game, as an example of a gaming property that was riding high and had a massive fan base. However, publisher Rovio has not really produced anything successful in years and is now losing money.

AUDIO: Steve Noll on what Microsoft gains from Minecraft (:47)

Miller notes that Minecraft has broad appeal among many gamers. The simplicity of the game, where players build terrain or structures using a variety of blocks, seems to automatically draw in many kids. In turn, parents see the effect it has on those children, and then become players themselves. Miller says that opens up huge potential markets for Microsoft, considering many “hard-core gamers” are around 38-years-old, with demographics almost evenly split between males and females. Casual gamers are also a big audience, given the simple nature of the game. With that kind of reach, he says it looks like a “really good investment,” although it may take a couple of years to get there.