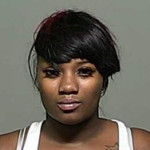 Appleton police say they’ve arrested a 17-year-old girl in connection with the armed robbery of an 87-year-old Appleton man. On July 19, police say the Milwaukee girl approached the victim on Appleton’s north side and claimed her friends left her in the area. She sought help from the victim, and later pulled a knife and robbed him of his car keys, cellphone, credit cards and cash. The man was unharmed.

During the investigation, police say they had to work through several aliases the girl used while staying in the Fox Valley. Their probe led officers to Milwaukee, where she was arrested. The teen, identified by police as Toshiana N. Brown, is in the Outagamie County Jail. Brown has not been formally charged.