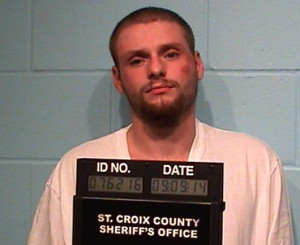 A Minnesota man is in jail in St. Croix County, in connection with the shooting death of his girlfriend in western Wisconsin.

Saint Croix County sheriff’s deputies are still trying to determine what led to the killing of 28-year-old Angel Linderman of Lake City. It happened on Tuesday morning near Woodville. A man called 911, saying he needed help for a passenger in his vehicle who was shot. Deputies responded, and found 22-year-old Tanner Rix of Lake City, Minnesota standing outside the vehicle.

Sheriff’s officials said there was apparently a gap of several hours between the time Linderman was shot, and the 911 call came in.

Rix is currently jailed on a $250,000 bond. Investigators are seeking the public’s help in finding out what happened in the 24 hours before her death.