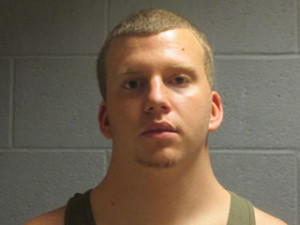 The Langlade County district attorney’s office is asking for more time to review a competency exam for a man charged in the August beating of a teen.

Dylan Madderom, 18, is currently facing charges of recklessly endangering safety, child abuse, aggravated battery and delivery of marijuana. A competency exam was performed earlier this month, and prosecutor Ralph Uttke asked the court for more time to go over the results and talk with defense attorney Andrew Morgan about their findings.

The judge granted that request and set a scheduling conference for September 29th at 3:30 pm in his chambers.

Madderom is accused of covering his head with his shirt, and clubbing a 16-year-old boy with a baseball bat while he was playing basketball. Police claim Madderom intended to rob the boy for allegedly not paying for marijuana he had sold him.

The victim was hospitalized in Marshfield with injuries to his head and stomach.

Madderom is still being held in the Langlade County jail on a $10,000 cash bond.