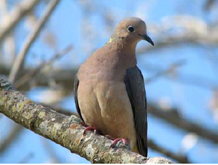 It’s September, and a time Wisconsin hunters have been anxiously for has arrived…the start of the first fall seasons.

The season is still relatively young in Wisconsin, after starting about 10 years ago. Van Horn remembers how controversial the season was when it was proposed in the

Legislature, with people predicting it would dramatically impact the population of birds. He says “none of that has come to pass though,” so many of the bad feelings about the hunt have faded.