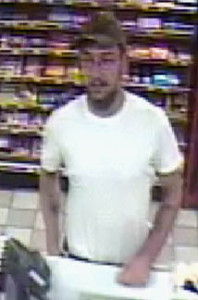 A 20-year-old Poy Sippi man has admitted that he hit a bicyclist and drove off last November on Appleton’s east side.

James Erdmann, Jr. told an Outagamie County judge that, by the time he realized 61-year-old Robert Joosten of Little Chute was there, he was gone. Erdmann pleaded no contest Thursday morning to a charge of hit-and-run, causing death.

Judge Mark McGinnis found him guilty, but not before asking Erdmann what happened in the early morning of November 9. Erdmann, who police say was on the phone at the time of the incident, told the judge he was scared and didn’t stop because he was driving without a license. He says he was more concerned about what would happen to him than Joosten.

District Attorney Carrie Schneider says it was the first time Joosten’s family got to hear Erdmann’s explanation. Schneider says she won’t ask for more than eight to 11 years in prison, as part of a plea deal.

Following the deadly incident, investigators released pictures of a suspect and the truck that was involved. Erdmann was arrested about a month after the crash.