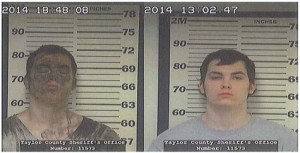 Taylor County officials have identified a man arrested for firing a gun at a house over the weekend, prompting the evacuation of a nearby football game.

Police say Davis fired a handgun at a home  just after 3 p.m. on Saturday. The shooting took place within 1000 feet of the Holy Rosary Catholic School and caused the lockdown and evacuation of the football game between Chippewa Falls and Medford.

Davis then fled the scene and was tracked by tips and electronic tracking to a ditch on Highway M in Chippewa County.

He remains in custody in the Taylor County jail awaiting an initial appearance and formal charges.