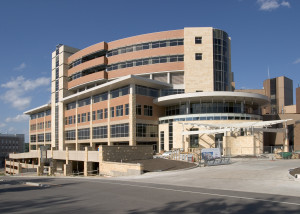 The spread of a rare respiratory illness has health officials in Wisconsin keeping a close eye out for it.

Epidemiologist Tom Haupt is with the state division of public health. He says EVD 68 is relatively uncommon, but it’s the only virus that causes respiratory illnesses.

Haupt says there are no cases of EVD 68 in Wisconsin yet, but they’re taking it very seriously. Enteroviruses can cause a range of illnesses anywhere from diahrea to respiratory. But this particular virus causes primarily respiratory issues, including wheezing among children. He says kids who have underlying illnesses are much higher at risk.

More than 1,000 children in 10 states have come down with EVD 68, which spreads through coughing and sneezing.