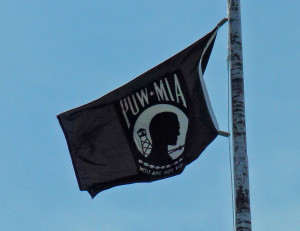 On the third Friday in September, Americans remember the commitment and sacrifices made by members of the U.S. military who were taken as prisoners of war or went missing during combat operations.

“America has made a commitment to those in uniform that no one would be left behind,” says Wisconsin Department of Veterans Affairs Secretary John Scocos. The Iraq War veteran reminds us there are more than 83,000 Americans still listed as MIA, dating back to World War II. His own father was held prisoner of war after having been shot down over Nazi Germany during the second World War. 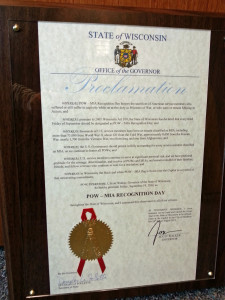 Scocos stresses the importance of remembering those who haven’t returned home. “I think it’s important that we show our service members and their families that we will continually make the resolve to find the remains. As a nation, we honor our members of the armed forces and that their dedication and duty — whether in peace time or war time — will not be forgotten by the public.”

Scocos points out, for many former POWs, the pain of their captivity never entirely ends, even years after their return home.

Many veterans groups across the state are holding silent marches. Scocos will participate in an event in Lake Geneva.