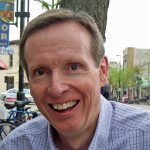 “But they do have to disclose their donors to federal tax authorities, so we can look at the IRS website and we can see the donations to these outfits,” McCabe said. The amount raised in the 18 month time frame is not a record – that was the $6.1 million raised by 527 groups in the 2010 recall election. But it is the most raised in a normal election, and it came from a relatively small pool of wealthy individuals, corporations, unions and trade groups.

“I think that what’s amazing about this is that over $5 million was given by 848 donors,” McCabe said. “We’re not talking about very many people or donors who are giving this money. This is a state of well over 5 million people, and yet this huge sum of money is coming from just over 800 contributors.”