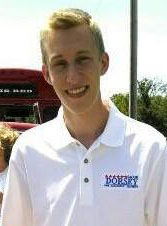 The Republican candidate in Wisconsin’s 44th Assembly District announced Tuesday that he is withdrawing from the race.

The move comes after 19-year-old Jacob Dorsey drew fire over an anti-gay message he posted on Twitter almost a year ago. Dorsey apologized last week for making the “hurtful” comment, although other potentially offensive posts he made to social media sites were later found.

Dorsey says he regrets the comments, which he claims were made by a child he no longer considers himself to be. He has since deleted his Twitter account

His name will still be on the ballot in November, although Dorsey says he is ending his campaign against incumbent Democratic state Representative Deb Kolste of Janesville.