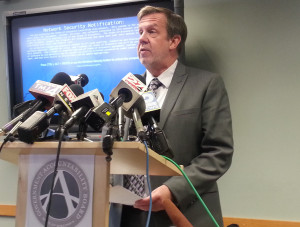 Thousands of Wisconsin voters who have already requested absentee ballots, and in some cases already turned them in, will have to provide a copy of a valid photo ID for voting before the November 4th election. Otherwise, state election officials say no ballots will be issued to them or counted on Election Day.

The state Government Accountability Board on Tuesday laid out its response to a court order from last Friday, which lifted an injunction that had been blocking Wisconsin’s Voter ID law from being enforced. Agency director Kevin Kennedy says officials plan an “extraordinary response” in the remaining days before the election, as they work to educate local clerks and voters about what will be required of them at polling places across the state.

Kennedy says the immediate concern is the more than 11,000 absentee ballot requests clerks had taken in before last Friday. Clerks have been instructed to contact those voters in writing to inform them that they must submit a copy of a valid government-issued photo ID for voting. If they do not, a ballot will not be issued. If an absentee ballot was already submitted, it will be treated as a provisional ballot on Election Day.

Kennedy stresses that the vast majority of the voters in Wisconsin will not need to do anything special to cast a ballot in the election. He says “most voters already have the ID they need to vote. A driver’s license, a state issued ID card, a passport, a military ID, or a tribal ID are the most common…most people do not need to get a separate ID card to vote.”
For those who do need an ID to vote, the state Division of Motor Vehicles is stepping up efforts to supply individuals with the free card they will need to show at the polls. For those lacking a birth certificate or other documentation, a new system is in place to verify that information at no cost to the voter.

Kennedy says Friday’s court decision was not entirely unexpected, and the GAB had been working on how to implement the voter ID requirement quickly in the event the injunction was lifted. While those challenging the law have asked for a hearing before the full 7th Circuit Court of Appeals in Chicago to revisit the order, Kennedy says the GAB is moving forward as if the requirement will be in place on Election Day. He says those plans will change only if there’s a court order.

Kennedy notes that much of the groundwork for training local clerks on how to check IDs was already done after the law was passed in 2011. The voter ID requirement was used in a single election in early 2012, before a Dane County judge issued the first injunction blocking further enforcement. Court cases have kept it tied up since then. He says not having to “reinvent the wheel” will help with the process of getting local clerks ready for the requirement in the remaining days before the election.