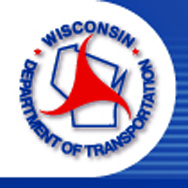 It remains unclear how many Wisconsin residents still need a photo ID to vote in the November elections, following a federal court order last week that clears the way for Wisconsin’s voter identification law to be in effect for the November 4th election.

The law, which had been on hold for nearly three years, requires voters to show a government-issued photo ID card when they show up to vote or request an absentee ballot. Jim Miller with the state Division of Motor Vehicles says individuals who already have a valid Wisconsin driver’s license or a U.S. passport are covered and will not need any additional ID to vote. Those who lack those can get a free photo ID card from the state, which can be issued at any of the several service centers located throughout the state.

Miller says the state has issued about 292,000 free photo IDs to voters since 2011, when the voter ID law first took effect. He says there’s no way of knowing how many more people may still need one.

Individuals showing up at a service center to request a photo ID should make sure to bring documents that prove their name, birth, and Wisconsin residency. The DOT launched a system this week that will allow anyone who lacks proof of their birthdate, typically using a birth certificate, to submit a petition for the state to verify their birth information at no additional cost through the state’s vital records office.

Meanwhile, officials with the state Government Accountability Board were working quickly to update county and municipal clerks around the state about updated procedures for complying with the voter ID law. Among the main concerns was how to handles absentee ballot requests that have already been received and possibly submitted before last Friday’s court order. The law requires those requests to include a photo copy of the voter’s ID card. The GAB says it hopes to have that information available to clerks by Tuesday.