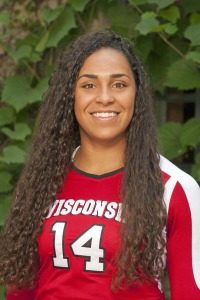 The sixth-ranked Wisconsin Badger women’s volleyball team capitalized on a number of Maryland errors, downing the Terrapins 25-14, 25-17 and 25-17 in front of a sold out crowd of 6,012 at the UW-Field House.  It’s the Badgers’ fifth-straight Big Ten Conference victory, its longest winning streak since 2007.

Wisconsin hits the road on Wednesday to face Big Ten Conference travel partner Minnesota in a 6 p.m. match-up live on the Big Ten network at the Sports Pavilion in Minneapolis, Minnesota.  The Golden Gophers come to Madison just three days later for the rematch on Saturday at 7 p.m. in the Field House.