You are here: Home / News / Celebrity endorsements in political campaigns 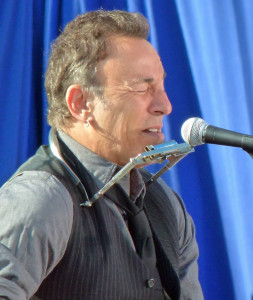 How much impact does star power have on election campaigns? First lady Michelle Obama stumps for Democratic gubernatorial candidate Mary Burke this week — the second time in eight days, but don’t expect this high-profile endorsement to change anyone’s mind on who will get their vote.

“There’s no evidence that these celebrities and high profile endorsements and visits actually change people’s minds and make them vote for the other candidate. What they do is they energize the base, they rally the base, they get people excited about the campaign.”

David Canon is a professor of political science at the University of Wisconsin-Madison. He says while big names help to energize the party base, it’s more important to get eligible voters to the polls.

“Yes, I think that can be the other way it influences the outcome potentially is, you know, not change anyone’s mind but at least get someone to the polls who otherwise might not have voted.”

Endorsements from celebrities, athletes, and political dignitaries also help in fundraising efforts and, Canon says, candidates can benefit from the free media coverage that comes with candidates having famous friends hit the campaign trail.

Drawing more than 75,000 people to downtown Madison in 2004, Singer Bruce Springsteen voiced his support for Democratic U.S. presidential candidate John Kerry. The U.S. Senator ended up winning the state, though he ultimately did not win a seat in the White House.

Tens of thousands descended upon the capital city in 2012 when the New Jersey rock star again riled up the crowd, this time for President Obama. While Springsteen wasn’t in the state specifically to endorse a Wisconsin candidate, he was able to mobilize the Democratic Party base — both times. Former President Bill Clinton also campaigned in our state for Obama in 2012, as did many other notables. 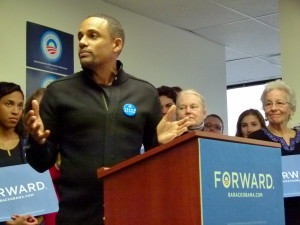 First lady Laura Bush lended her support for a Wisconsin politician in 2006 when she stumped for Republican Congressional candidate John Gard, who did not win his election bid.

Even athletes like to get involved in politics. In the 2006 gubernatorial campaign a couple of Hall-of-Famers put their stamp of approval on their favorite candidate. Former Green Bay Packer quarterback Bart Starr endorsed Republican candidate Mark Green and Milwaukee Brewer Hank Aaron pledged his support for Democratic candidate Jim Doyle.

Political pundits expect more high-profile visits in the weeks leading up to Election Day. The latest Marquette University Law School Poll gives Walker a slight lead over Burke among likely voters, but the previous three polls had been tied within the margin of error.