You are here: Home / Badgers / Desbiens named WCHA Defensive Player of the Week 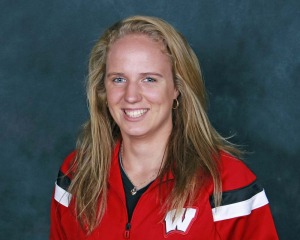 After posting two shutouts in No. 1 Wisconsin‘s sweep of Ohio State, sophomore goaltender Ann-Renee Desbiens has been named the Western Collegiate Hockey Association’s Defensive Player of the Week.

It marks the first defensive player of the week honor for Desbiens, who was named the league’s newcomer of the week twice last season.

The La Malbaie, Quebec native stopped all 46 shots she faced in UW’s sweep of Ohio State last weekend, including a career-high 28 in Friday’s
6-0 triumph.  She also stopped all 18 shots in Sunday’s 3-0 win to earn her fifth-career shutout.