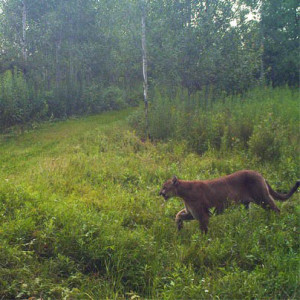 The state Department of Natural Resources has confirmed its first two cougar sightings of 2014.

Cougars had almost vanished in Wisconsin in 1910, but there have been more of them sighted in recent years. Last year, the DNR got dozens of reports of cougar sightings, but only three were verified. Another eight were confirmed as probable.

The DNR says there is no evidence that cougars are breeding in Wisconsin, and that the big cat pictured is likely a male making his way through the area.