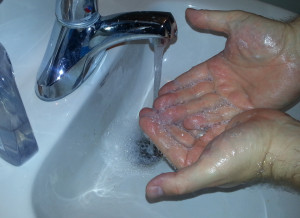 Even though the Centers for Disease Control and Prevention (CDC) says the risk of an Ebola outbreak in the U.S. is very low, one UW expert says the problem has been at the forefront of their minds and precautions are being taken.

The first case of Ebola diagnosed in the U.S. was found in a man visiting relatives in Texas, after flying-in from Liberia.

Safdar says it’s inevitable that the U.S. will see more cases, but she’s confident with our more-advanced and better-prepared health care system.

Individuals can help stop the spread the virus by being aware of potential symptoms and maintaining good hygiene. Ebola is not an airborne disease; it’s spread through contact with body fluids of an infected person. The man in Dallas remains in isolation in serious condition.

Early symptoms include fever and nausea, but can be mistaken for other illnesses.

The Obama Administration is spreading information about the virus on its social media accounts, saying “You cannot get Ebola through the air, water or food in the U.S.” The official Twitter account of the White House goes on to say, “Ebola can only spread from contact with the blood or body fluids of a person or animal who is sick with or has died from the disease.”

FACT: You cannot get #Ebola through the air, water, or food in the U.S. Learn more ? http://t.co/Cn45X01hMf pic.twitter.com/08u3hJCxTY