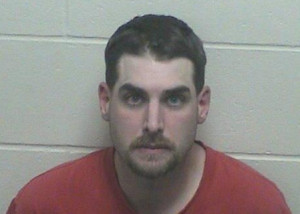 Berlin police say they have arrested the estranged husband of one of the victims in a double homicide over the weekend.

Police say 33-year-old Nicholas Tuinstra was arrested Tuesday night on two counts of first degree intentional homicide, for the shooting deaths of his wife Melissa Tuinstra and Justin Daniels. The two were found shot to death Saturday night in Berlin.

Online court records show Tuinstra had recently filed for divorce, and police say his wife and Daniels were dating. The murder weapon has not been found and Berlin Police Chief Dennis Plantz said they are asking for help from the public to locate the undisclosed type of handgun, which may have been disposed of in Green Lake or Marquette counties. Plantz asked any hunters spending time in the woods to looking for the weapon, and for anyone who comes across a handgun to leave it alone and contact police right away.

The shootings triggered an Amber Alert for Tuinstra’s 8-year-old daughter early Sunday morning. She was found safely with family in a neighboring county a short time later. Police say the girl was not present when the murders occurred.

An initial court appearance for Tuinstra has been scheduled for Thursday afternoon, with formal charges expected to be filed in the next day. He’s currently being held at the Green Lake County jail.