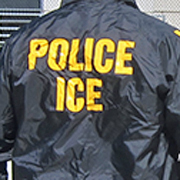 A Liberian woman who was being held at the Kenosha County jail and monitored for signs of the Ebola virus has been released to U.S. Immigration and Customs Enforcement agents.

The woman left before dawn, according to Kenosha County Sheriff’s Lieutenant Bill Beth, who says she was taken back to O’Hare airport in Chicago and returned to the custody of ICE. Beth says she was not, and never was, showing signs or symptoms of the Ebola virus. Beth notes that all the medical information says that if there are no symptoms, then the virus is not contagious, and the detainee had none.

A news release points out this was the first time for a scenario like this, and not only is Sheriff Beth reviewing jail procedures with staff, he’s also “evaluating our relationship with the federal government due to this situation.”