You are here: Home / News / Long term fate of Wisconsin voter ID law up in air 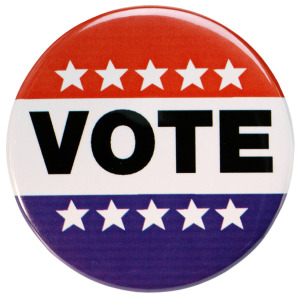 Following a recent decision by the U.S. Supreme Court to block its implementation, voters are not required to show a photo ID to cast a ballot in Wisconsin, but that could change after November.

The U.S. Supreme Court ruled last week that executing Wisconsin’s voter ID law would cause too much confusion this close to Election Day. The high court did not rule on the merits of the law, however. That means photo ID could be implemented after the fall elections. Assembly Speaker Robin Vos (R-Rochester) is confident it will. He calls this move a “temporary delay.”

“I’ve been confident from the very beginning. It’s just unfortunately taking a whole lot longer than it should. It’s had a whole lot of twists and turns,” Vos says, “but at the end of the day I am confident that voter IDs will be in Wisconsin just as they are in 30 other states.”

Barca concedes implementing a photo ID requirement in Wisconsin is a possibility in the future, but says it’s “a solution in search of a problem.”

“Could you have a constitutional voter ID? You certainly could. Some states have it,” Barca says, but asks, “Is it necessary? I don’t believe it’s necessary.” He says if it were to be enforced, he believes it should be “extremely easy and simple for people.”

Opponents of the law say it disenfranchises too many eligible voters. Barca says, “Even one person who is prevented from exercising their constitutional right to vote is too many.”

Vos says, “Voter ID is common sense legislation that is needed for honest and fair elections.” He says, “If we have to have some small tweaks, we’ll do that again,” but “one way or another” it will happen.

Hundreds of thousands of free IDs have already been issued to citizens who need them, Vos says, so they have access to vote. “I think the system we put into place, not only is it constitutional, but it’s working. The only ones who don’t want to see it work are liberals or people who, I guess, like the system where it’s rife with the possibilities for people to do mischief.”

The government-issued ID requirement was first approved by the Legislature in 2011, but went through a series of court challenges and appeals. As it stands now, a photo ID is not needed to vote.