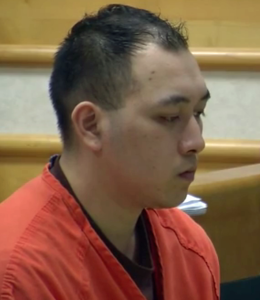 A 24-year-old Illinois man convicted of hitting and killing two Janesville motorcyclists on Easter Sunday and then fleeing the scene is sentenced to 20 years in prison.At his sentencing in Rock County Court Wednesday Judge Richard Werner says he feels that Sambath Pal would have been content doing nothing.Mitchell Vance, 24, and Devin Julius, 18, were killed when an SUV crossed the center line and struck them both on Highway 14 early Easter night. Pal was arrested four days later in Illinois after his father turned him in.Along with 10 years in prison for each count of hit and run causing death, Judge Werner also gave Pal 20 years of extended supervision.