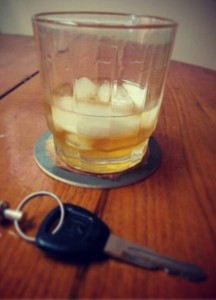 Two issues stand out for their small differences among likely voters. One is approval of a casino in Kenosha. The other is how to penalize first-offense drunk drivers. Franklin says, “The public is actually more amenable to criminalizing first offense OWI.” He says, “56 percent would support that, 39 oppose.”

Burke believes first-time offense for driving drunk should be a misdemeanor, saying there needs to be more consequences for the thousands of alcohol-related crashes on Wisconsin roadways.

Walker says it’s a “tragic” issue, but criminalizing first-time offenders isn’t the answer. He says the focus needs to be on repeat offenders. He says  this is an issue Republicans and Democrats at the Capitol can work on together.

Many differing views come on the issues of voter photo ID, minimum wage, federal funds for Medicaid, and increased funding for education. Another area of agreement has to do with turnout. “Everything depends on who shows up,” Franklin says. “You know, if more people show up, this looks like a very close election.”

Walker and Burke are making every effort to convince voters to cast their ballot on Election Day — or sooner.

The state Government Accountability Board projects a 57 percent turnout — that’s about 2.5 million residents.