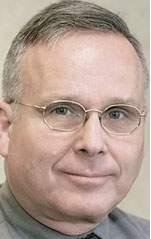 A Rock County Judge is expected to announce Monday that he plans to make a run for the Wisconsin Supreme Court.

In an email, Judge James Daley said he plans to make a significant announcement related to the future of the Wisconsin State Supreme Court at noon on Monday in Lower Courthouse Park. The email says it was paid for by the Judge Daley for Supreme Court Committee.

Judge Daley was elected as Rock County District Attorney in 1984. He served in that position until he was appointed Circuit Court Judge by then-Governor Tommy Thompson in 1989.