You are here: Home / Packers / Vikings running games turns to the unknown! 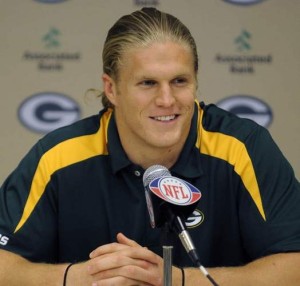 Previously when the Green Bay Packers prepared to face the Minnesota Vikings, it was all about preparing for Adrian Peterson.

Now, Peterson is serving an indefinite suspension related to child abuse charges.  Now the Vikings have turned to an unlikely tandem of running backs Matt Asiata and rookie Jerick McKinnon.

The Packers know about both backs, but apparently they haven’t made enough of an impression yet to remember their names.

AUDIO: Clay Matthews says the ground game without “AP” has been impressive :14

To the Packers, Asiata and McKinnon are far from household names.  But they’ve at the very least, allowed Vikings fans to look to the future instead of holding on to the past.