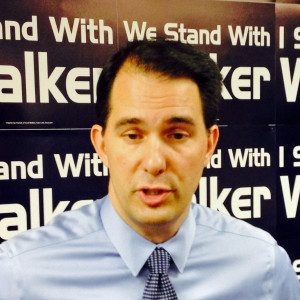 A report filed with the state by Governor Scott Walker’s campaign shows the Republican incumbent raised more than $10.3 million in the past three months, and had just over $3 million on hand heading into the last few weeks of the campaign.

The Fall Pre-Election finance report shows more than 67,000 contributions were made to the Walker campaign between July 29 and October 20. Of those, the campaign says more than 70 percent were for $75 or less. The report also shows Walker spent $14.5 million during the period.

Campaigns are required to file their latest finance reports for the pre-election period by midnight tonight. Democrat Mary Burke has not yet filed hers.