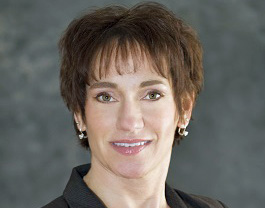 The Democratic candidate for Wisconsin attorney general says she would use the office to crack down on shady practices by for-profit colleges.

Jefferson County District Attorney Susan Happ released a plan on Friday that calls for the state Justice Department to work with similar agencies in other states and the federal government to find ways to deal with certain tactics of those entities, which have been the focus of increasing scrutiny as student loan debt has increased. Happ says “unscrupulous for-profit colleges are luring students with promises they can’t keep, leaving many of them with no degrees of little value or no degrees at all, but mountains of debt.” If elected, Happ says she would investigate, prosecute, and seek hefty penalties for deceptive practices, and work to see that students are made whole.”

Happ’s campaign says there are currently 162 post-secondary for-profit institutions servicing Wisconsin students. She says most have a presence in the state, but many are still located outside of Wisconsin. The campaign sites estimates from the Wisconsin Educational Approval Board, which says 26,000 Wisconsin students attend for-profit online colleges annually, paying nearly $155 million in tuition to mostly out-of-state companies.

Happ is running against Republican Brad Schimel, the Waukesha County District Attorney, in the race for attorney general.