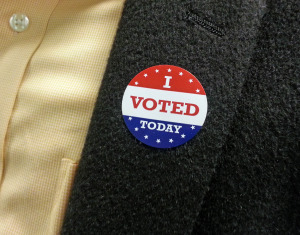 Expect plenty of Wisconsin residents to show up at the polls next Tuesday to cast their votes in a race for governor that both of the leading candidates admit will largely hinge on turnout.

The state Government Accountability Board project about 2.5 million voters will cast ballots in the November 4 election, which is about 57 percent of the eligible electors living in the state. GAB executive director Kevin Kennedy says the numbers are “extremely similar” to the ballots cast in the June 2012 recall election, where Governor Scott Walker won over Democratic nominee Tom Barrett. Walker, the Republican incumbent, is seeking reelection in a close race against Democrat Mary Burke.

Kennedy says “anytime you break 50 percent you know it’s got the voters engaged, they think that their vote is going to make a difference, and that’s why they get to the polls.” He says that seems to be the case this year, with major races for governor and attorney general at the top of the ticket. There are also a number of high profile races for Congressional seats, the state Legislature, and local offices, as well as referenda questions and a proposed state constitutional amendment on protecting the state transportation fund.